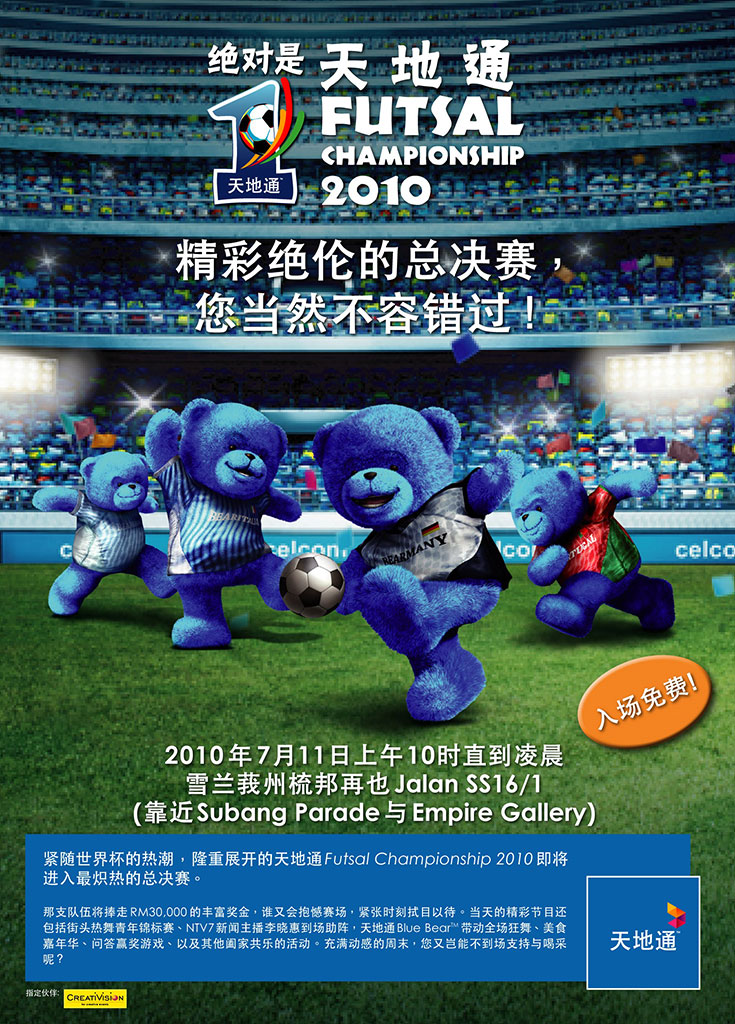 The CELCOM Futsal Nationwide Championship, to take place nationwide in the midst of the feverish 2010 FIFA World Cup period, was open to all non-professional players of all ages. The Futsal enthusiasts regardless of race, religion and nationality took part in this tournament.

Championship at each state walked away with cash prize of RM3,000, second and third placing won RM2,000 and RM1,000 respectively, while RM500 was awarded to the team that came in fourth. These top four teams from each state participated in the Grand Finale on July 11, 2010. Champion of the Grand Finale won RM30,000 prize money, while second, third and fourth prize winners were rewarded with RM16,000, RM8,000, and RM4,000 respectively.